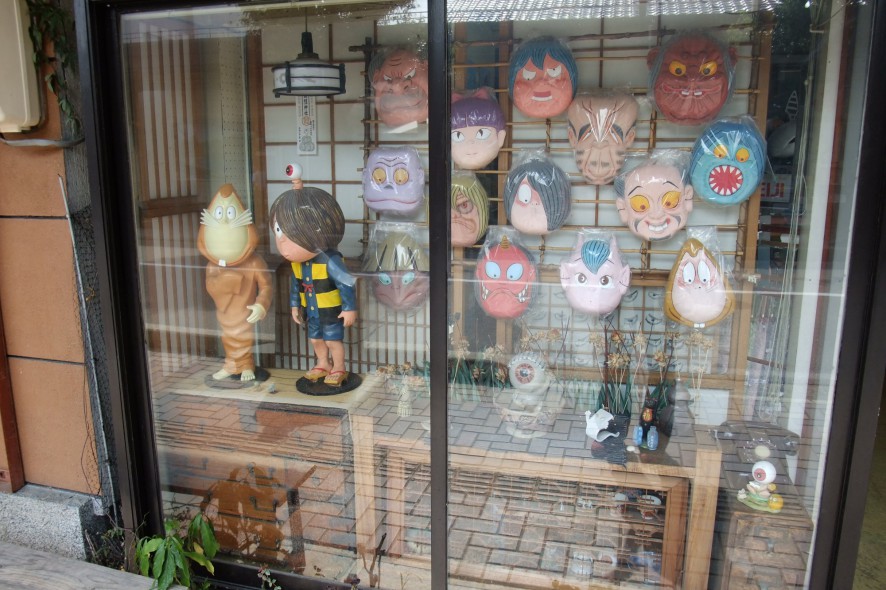 On the other side of Honshu, on the north coast, where the winters are cold, dark and long, there is a little village called Sakaiminato. It is well known for fishing and it is the birthtown of Misuki Shigeru, famed author of manga. Most famous are probably the numerous adventures of the half-yokai boy Kitaro and his friends.
Now, confronted with my quest for the underdetermined, the fairies and the spirits my uncle suggested a tour to that village – after all this region being one of Japan’s most densely populated area by yokai, deities and other spirits. And indeed in a mix of absences and hyperpresences we could find some distinct traces of presences. 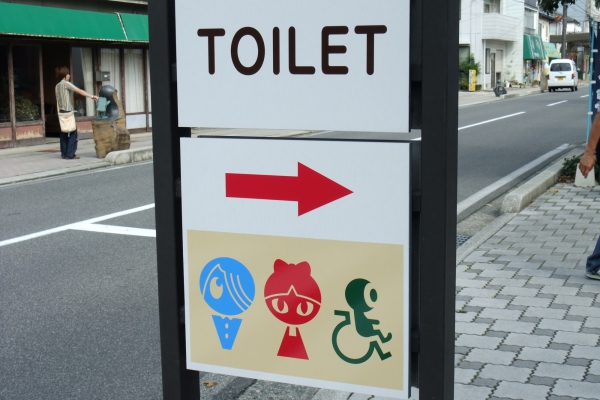 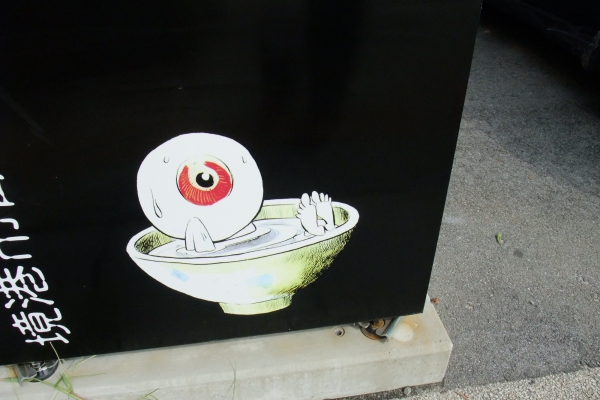 And as one might expect there is also a lot of fancy merchandise, all sorts of edible inventions, toys, gadgets, etc … Here are just two examples: 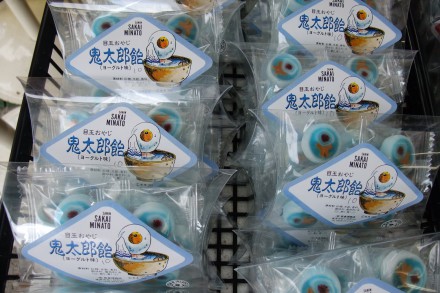 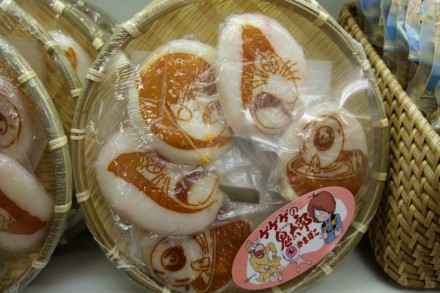 And here are some links for further reading:

These are only a selection of nearly 100 sculptures that were modeled after the characters as they were drawn by Mizuki Shigeru, who it should be known might have seen one or the other himself really. 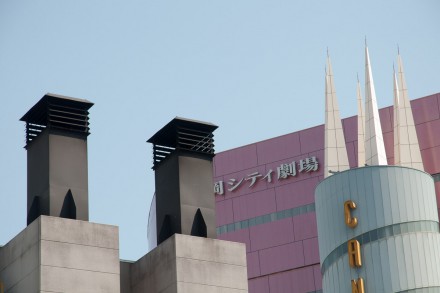 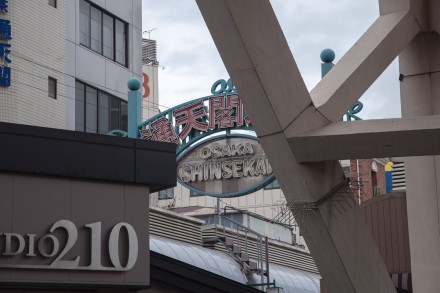 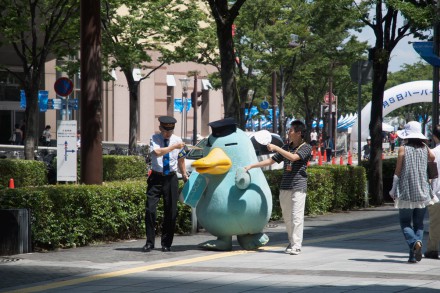