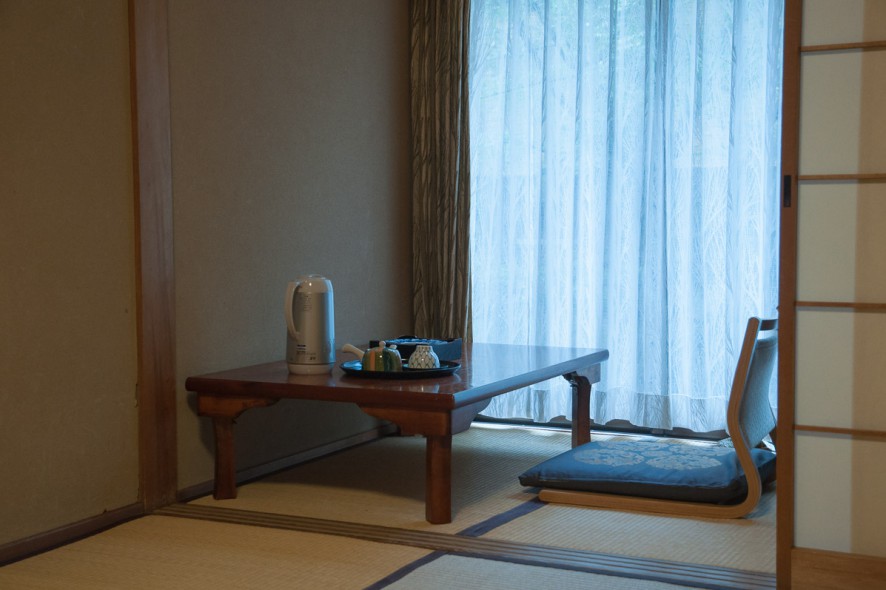 This time I am visiting a youthful ghost. He is a writer and likes to sport a yukata, or other traditional Japanese men’s wear. He also keeps very round glasses just for show. I think he liked the idea of the 20ies when he lived in the 60ies. When he was still alive he wrote screenplays for the studios around the corner. He often would get into lengthy discussions with director’s who wanted last minute changes and actor’s who either could not remember the lines (or did not want to remember the lines). These days he is brooding over his novel, when he is not sleeping or pulling pranks on unwanted guests.
He lives at an old hotel in Uzumasa. It is the hotel “where all those actors stayed from the other time, those glorious times”, when somehow film studios were still something else, something like a flying magic carpet. Something where the gods would live. Now it feels as if you should not speak about it, and best not to raise your voice at all, since here the ghosts like their privacy, and their quiet. And by the way, the carpet is still flying. Oh yes, and he likes smoking.

On a rainy day with not much more to do, staring out of the window ..., with just the sound of the rain, the heavy rain telling his own rhythm. 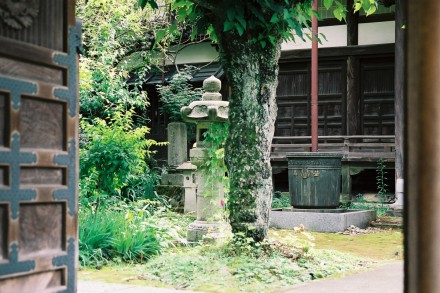 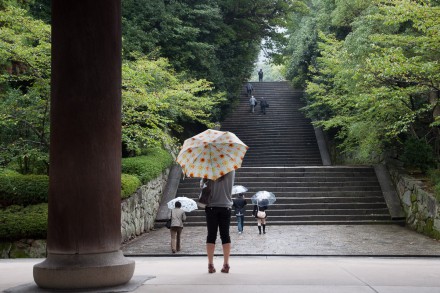 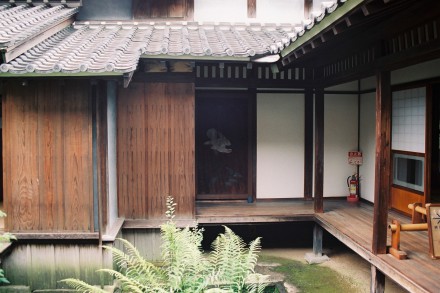